Principle 4: Christianity and Christian worship is earthy, not esoteric

The fourth principle, above, comes from Celebrating the Eucharist

…The wonder of the incarnation is that the most earthly and earthy of realities are not only tolerated by God but are chosen and embraced by God as vehicles of grace.

The Eucharist is not about a sanitized or other-worldly event, and so it is not a sanitized or other-worldly event. What the world saw in Christ was not layered over his humanity or buried under his humanity…. When the church rejected Docetism, it rejected the belief that God only seemed to be human in Christ. It affirmed that God was in fact present in the very humanity of Christ.

In what was most human in Jesus, the world saw what was divine. In the liturgy, the presence of Christ is revealed in the same way: in what is most human and earthy and basic. In human touch and oil lavished on; in bread broken and wine poured, in a meal eaten and drunk; in wather washing over the one being made new;… The message of the incarnation is that in the very ordinariness of things God reveals the Divine Self…

The power in the liturgical symbols is in the strength and integrity of the symbols themselves. The scandal of Christianity is that in humanity there was divinity, and in the earthly there is the heavenly.

There is a tendency, rather than letting symbols speak for themselves, of minimising symbols and of covering and cluttering things with esoteric signs. Bread is kept in a vessel from which one would normally drink, and it is distributed with yet another fussy, minimalist crossing which is easily mistaken for shaking off crumbs. And for good measure the wafer is stamped with a mini cross. In fact everything is covered with crosses, IHSs, and PXs – stoles, chasubles, chairs, altars, lecterns, cruets, fonts, doors, doorhandles, vases, flower-stands,…

Once again, there is much on this site (eg. “just a symbol“) and in Celebrating Eucharist (eg. Chapter 1). 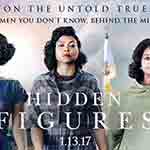 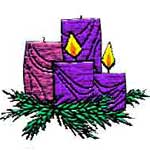