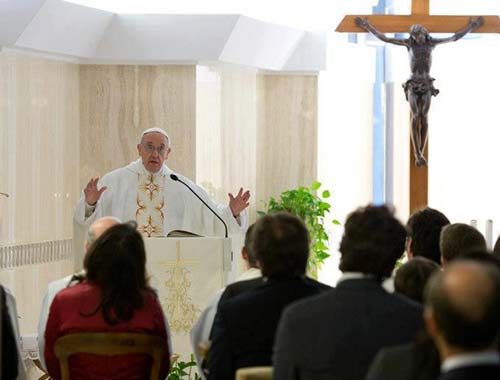 Principle 6: When neither the rubrics nor the canons dictate what to do and reason does not provide a solution, the Roman Rite is a good place to start

The sixth principle, above, comes from Celebrating the Eucharist

Some decision…simply cannot be reasoned through. [Many churches do not] for example,…have guidelines for how to perform the lavabo – the ritual washing of the presider’s hands. How should it be done and what, if anything, should be said? A congregation could logically decide whether to do the lavabo at all, and even how. But what the presider should say, if anything, is not a matter of logic. The Roman Rite prescribes that the presider quietly recite Psalm 51:2. Why not? Why struggle to come up with something else? (page 24)

Continuing that example, the Roman Rite is a good place to start when considering at which point in the service one would have the lavabo.

The Roman Rite has a special place in the West because it is so widely celebrated, and furthermore its rules and guidelines are very complete.

Many Western denominations look to the Roman Rite for such things as the liturgical colours, readings, texts. This common looking towards Rome, then, provides unity between denominations. At this time of year Methodists and Presbyterians use green not because they are drawing on each other, but because both refer to the Roman Rite.

The Vatican’s relatively recent abandonment of common English-language texts has done significant damage ecumenically and musically. This underscores the principle rather than arguing against it.