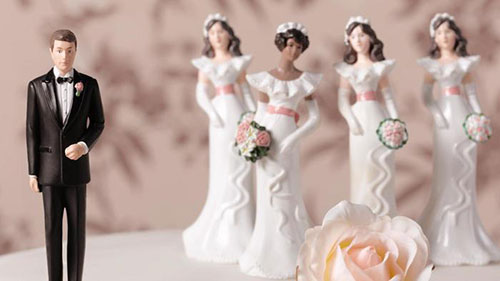 As this year the Sunday Gospel readings’ focus is on St Matthew’s Gospel, I thought I’d start some of my personal study and Lectio Divina with that Gospel. [NB. I am using ‘Matthew’ as a convenient term for the author of the first Gospel in the order of the Christian canon]. The previous post in this series is here.

Jesus’ birth record, for this most “Jewish” of the four Gospels, traces back (through David) to Abraham who has been mentioned in verse 1 and begins verse 2: “Abraham was the father of Isaac“. The immediate question that springs to mind is: Why is Matthew starting with Abraham? One guess: the covenant made with Abraham established the Hebrew people as God’s chosen people, but the promise included that this would be a blessing to all nations (Gen 12:1-3; 2:18). So here, in the first few words of Matthew’s Gospel, we may already have a clue to the direction of this work – the expansion to all people of the promise to Abraham will now be realised in Jesus.

OK; so here comes Matthew’s dysfunctional family background list of Jesus. No, it’s not really a genealogy of Jesus – as far as a biological genealogy goes, this one ends up at Joseph (Matt 1:16) who, in Matthew, is explicitly not the biological father of Jesus (Matt 1:18-25).

And, let’s remind ourselves what’s behind those four Greek words (Ἀβραὰμ ἐγέννησεν τὸν Ἰσαάκ – Abraham was the father of Isaac). God promised Abram and Sarai that they would become a great nation. [Read Genesis Chapters 12 – 25 – within that story, Abram becomes Abraham and Sarai becomes Sarah].

When Sarai does not conceive, she comes up with an idea (at least that’s how the presumably-male author of Genesis would have it!) that Abram “go in to” her slave girl, Hagar (וַיָּבֹ֥א אֶל־הָגָ֖ר). And Hagar conceives. OK, since we are doing this in slow motion, let’s just highlight the lack of any consideration of what Hagar thought of all this (spoiler: it doesn’t end well for her); we’ve got the total acceptance of slavery; at the very least we’ve got a huge power difference between the man and the woman in this story. Are there still people reading here who are arguing for “Biblical Marriage”…?!

Well, the child from that union, Ishmael, is not in this genealogy. That’s Isaac, Abraham’s child that he has (later) with Sarah.

Let’s skip over Abram lying and Sarai having sex with Pharaoh (Genesis 12). And you don’t often hear about Abaham’s other wife, Keturah (Genesis 25). So Abraham, first in our list in Matthew 1:2, is a story of deception, polygamy, concubinage, power-abuse, and slavery.

Great. Let’s move on to more dysfunctionality! Isaac wasn’t the firstborn, nor is the next on the list: Jacob. If you think your family is dysfunctional, compare that to the story of loved-by-mummy-disliked-by-daddy, Jacob, tricking his not-so-bright-but-loved-by-daddy, firstborn-son Esau out of his firstborn birthright. And then (encouraged by Mum!) Jacob tricks his blind, dying father on his deathbed into giving him the blessing meant for Esau.

Wow, what a family!

Jacob intends to marry Rachel, but, on the wedding night ends up having sex with her older sister, Leah. The male author of Genesis expects us to believe he couldn’t tell! Yeah, Right! Jacob ends up (without any criticism in the Bible) also marrying Rachel, and having sex with their two slave girls (no marriage with them for this sex – where are those “Biblical Marriage” people again?!) Judah is the fourth child of Jacob (with wife number 1, Leah).

That the text has “Judah and his brothers” connects Jesus to the twelve tribes, the whole of Israel.

We have started a linear genealogy (a direct line) in a forward direction (“was the father of”) common in the Old Testament (the backwards direction was common in Grego-Roman genealogies).

The sceptre shall not depart from Judah,
nor the ruler’s staff from between his feet,
until tribute comes to him;
and the obedience of the peoples is his.

The Greek version (used by early Christians) is stronger in its Messianic interpretation of the place of Judah:

οὐκ ἐκλείψει ἄρχων ἐξ Ιουδα καὶ ἡγούμενος ἐκ τῶν μηρῶν αὐτοῦ ἕως ἂν ἔλθῃ τὰ ἀποκείμενα αὐτῷ καὶ αὐτὸς προσδοκία ἐθνῶν
A ruler shall not be wanting from Ioudas
and a leader from his thighs
until the things stored up for him come,
and he is the expectation of nations.

[It is interesting (concerning?) that NIV abandons its translation of the Hebrew (which it alleges it is translating) and conforms to the Greek without any indication that it is switching versions]

6 thoughts on “Matthew in Slow Motion 2”