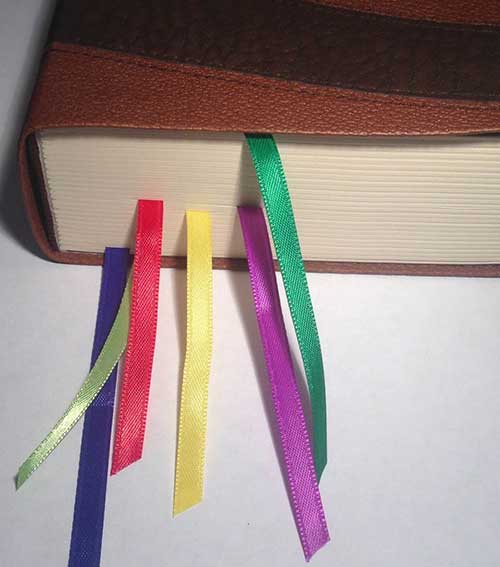 I am passionate about Daily Prayer – using the Bible, particularly the Psalms, as a disciplined way of praying. If the Eucharist is the jewel in the crown – then Daily Prayer is its setting.

Probably most versions of the Office combines these two traditions. Most versions of the Liturgy of the Hours (yet another title for Daily Prayer), because of the complexity of combining these two traditions, end up with a separate book (or, in the case of the Roman Rite, several volumes) with several sections you have to flick between. Sometimes six ribbons doesn’t feel enough to keep track of everything. Yes – you do get used to it – but it takes a lot of time for it to become prayerful second nature. And it’s not an immediately attracting way of praying for neophytes.

I have a friend who jokes that it’s not a real Anglican service unless you are handed a wheelbarrow-load of books, pamphlets, and pewsheets as you enter a church building! Praying the Daily Office is like that.

Now, Liborius Lumma has proposed some suggestions for What a Simplified Office Book Might Look Like. The core of his idea is a ribbon in the Psalter of the 150 psalms – moving forward at each office that you pray. The other part of the book to the Psalter is a variety of offices which frame this psalm (or psalms) you are praying. Lauds (Morning Prayer) would begin with a morning psalm, then you would pray the psalm (or psalms) where you are up to in the Psalter, and return to (one of) Psalms 148-150. Then the rest of the office continues.

One of the things I really like about the core of the suggestion is that you cover the whole, rather than just some of (a lot of) the, Psalter. Even those of us who follow a disciplined Daily Office can find we regularly miss some psalm(s).

Some of the critique of Liborius Lumma’s suggestions can, I think, be pretty easily sorted. Old and New Testament canticles can be part of the “other part (non-Psalter) part of the book. As can antiphons (he also has suggestions for how to do this). Yes – when a couple of you come together and want to pray the (this) Office together – you are going to have to arm-wrestle or “paper-scissors-rock” which psalm(s) will be used. But, let’s be honest, that’s no different to now: I pray the Benedictine Daily Prayer (probably eccentrically) and when I meet with others who follow (say) the NZ Prayer Book Office or the Roman Office, a decision has to be made what to pray together…

Yes – there is a bit of a loss of “common prayer”. Not everyone is praying the same psalm the same day. But again: that’s a reality already. I know I need to think more deeply about “common prayer”, but it certainly isn’t everyone praying exactly the same stuff at the same time. Even RCs have a variety of Eucharistic Prayers (let alone rites) to choose from…

The principle can already be applied to your own discipline. Say you are using the NZ Anglican Prayer Book (or another, similar resource). One ribbon can be in your ordinary rite, and another working psalm by psalm through the Psalter. [In the case of the NZ Prayer Book, you could even construct a simple two week or four week cycle of the framing part…]

Liborius Lumma writes that “Current Old Testament scholars consider the course reading the original meaning of the psalter: The psalms were meant to be meditated in exactly that order.” If you know which scholars and books Liborius is referring to, please put this in the comments. It is an interesting reflection – clearly Christians think that not just the beads of stories and sayings of Jesus in the Bible are inspired, but the string on which they are ordered in a gospel book is also regarded as inspired. Here, Liborius is saying that the same applies to the book of Psalms. Canonical criticism, which looks at the final biblical canon as a finished product is, of course, fascinating – Catholics, Protestants, Orthodox, and Jews order the books differently! Cranmer, of course, is a strong advocate for praying the psalms in canonical order – the whole psalter in a month. His system means that different psalms are linked to the date in the month and so fall on different days of the week. So if you regularly miss Sunday Morning Prayer, for example, you will still encounter the psalm(s) you missed that day next month on another day of the week. I have prayed all the psalms in order at one sitting – it takes about five hours. Try it.

Liborius Lumma began by critiquing the complexity of the Office. I’m still, in brackets, advocating for an app for Benedictine Daily Prayer.