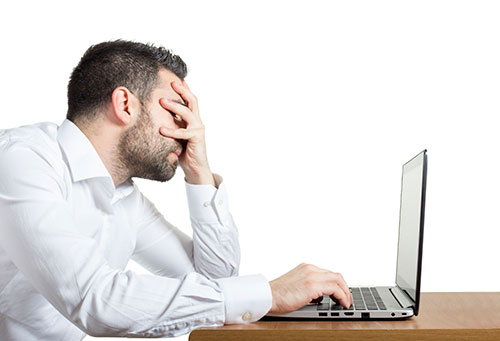 At breakfast recently, as I was putting the final touches onto a blog post, a tide of venom poured out of my screen, covering my breakfast and disquieting the start of my day. I happened to suggest an accepting, respectful approach to Muslims and there, from a person I’ve never met, from someone who has never met me, I was abused in a way that we wouldn’t experience in our ordinary, real life. And while this would be rare to never in real life – it is a regular experience for many to most of us online.

Friends of mine have left online encounters, including facebook, because they found the encounters too bruising. 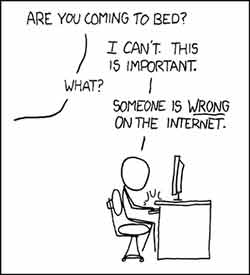 Certainly, there are certain places that seem to develop particular cultures. Comments on YouTube, for example, seem to often be particularly caustic. The culture of this website aims to allow people to disagree but respectfully, conscious that there are real people involved. Play the ball – not the person. Use your real name. We know we can affect and upset someone face to face using words. The medium is different – pixels on a screen rather than propagated vibrations – but the affect can be the same. What interests me is that this positive culture seems to be flowing over to the liturgy facebook page (which is far less easy to moderate).

About 14,000 people were involved in a recent post. The discussion developed with some strong differences showing. Then I was interested (delighted) to read this comment: “This is an interesting discussion – I really like that there is no vitriol involved, that the discussion is happening with love and respect. I wish more of this could happen 🙂 ”

The internet is feeding on human reactions that evolved for quite different reasons – the need to be liked, as just one example. Studies are showing the depressing effect of facebook, particularly on introverts, as other people’s lives are presented in an endless stream of parties, happy faces, friendships, amazing scenery, and wise and humorous sayings, while we get up, go to work, have our ordinary encounters, go home,…

It’s not just the Internet

The internet, with its addictive, shocking, and instant culture, is affecting other things in our lives beyond the internet: the way we have meals together, education, television,…

The News on TV now takes for granted that they will have a reporter “live” at the scene of an event. A moment’s reflection and one realises it adds nothing to the information – standing in the dark on the street where earlier there was an accident, reporting from inside an empty parliament chamber about a political development,… Then there is the increasingly regular, “a warning – some of the following images are disturbing!” What do families with children, as just one example (I, an adult, often don’t want/need to see these images), do at this juncture (switch channels randomly, switch off the TV, send children out of the room,…)? Inappropriate images often appear without warning on a facebook feed.

The Internet is a Lever

Perhaps you have some ideas?