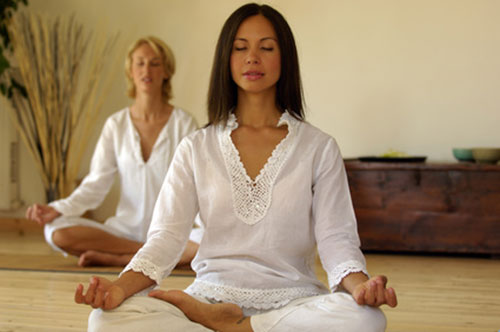 This is a reflection from a recent conversation with a 20something young woman. It has much in common with many conversations I have.

I need to preface this post by underlining that I don’t play the my-religion-is-better-than-your-religion game. I also need to highlight how much Buddhists and Buddhism have helped me on my own faith journey. I have much sympathy for the sentiment that Without Buddha I Could Not Be a Christian.

Soon into the conversation, I discover that she is heading overseas to have a silent fortnight devoted to Vipassana Meditation. [She has never done anything like this previously]. I know other young people who have done this. Including just staying and doing this in NZ. I talk about my own experience with silence and meditation. She is interested that there is a Christian meditation tradition.

How often has it been a refrain of mine here that it is the fault of Christians, of the Church, that our contemplative, our meditation, our mystical tradition is so little known. With the burgeoning Mindfulness movement – where are Christians, where are churches making creative connections?

We have, in the West, romanticised Buddhism and Buddhists – bathing all in a rosy, orientalised glow. It seems to be the exact opposite of the demonising reaction to Islam. It is as if we are simply unable to go beyond a binary response to the world – Islam: Bad; Buddhism: Good.

And the current events in Myanmar (Burma) and Bangladesh defy our false simplification. We are witnessing one of the worst human rights abuses in the world. And perpetrated by Buddhists. And people have also struggled with the slowness of a response from Aung San Suu Kyi – again, as if we can only understand people to be totally good or totally bad. Surely, Aung San Suu Kyi could have gotten so much right previously – and have not got it right this time?

As my conversation continues with the young woman, we agree that there is a common perception that Christians (and Christian clergy/leaders particularly) are anti-science, anti-gay, in fact anti-sex, press that: anti-fun; that is when they are not sexually abusing others. Online, it is not difficult to find whole communities of Christians reinforcing anti-evolution, climate-change-denying, proud-to-be-gun-toting “Bible believers”. And that’s not even starting on money and power…

Yes, the response (rightly IMO) to the Buddhist atrocities against Rohingya is to say this is not a Buddhist action, this is not what the Buddha would approve of. [To be fair: this line of defence was not taken by my young friend]. But we must, then, do similarly for terrorism by Muslims and the barbarity of Christians.

There must be a common honesty. Religion is a powerful magnifier – human evil can be and has been magnified by every religion be it Christianity, Islam, Hinduism, Judaism, or Buddhism. Every religion is capable of being used for political ends and for the destruction of difference. And religion also tempers our evil – and magnifies human good.